Rebuild of a diesel dump truck to a purely electric dumper, short eDumper

With the conversion of a Komatsu 605-7 HD dump truck to battery electric operation, it was possible to design the world’s largest tire vehicle at present. 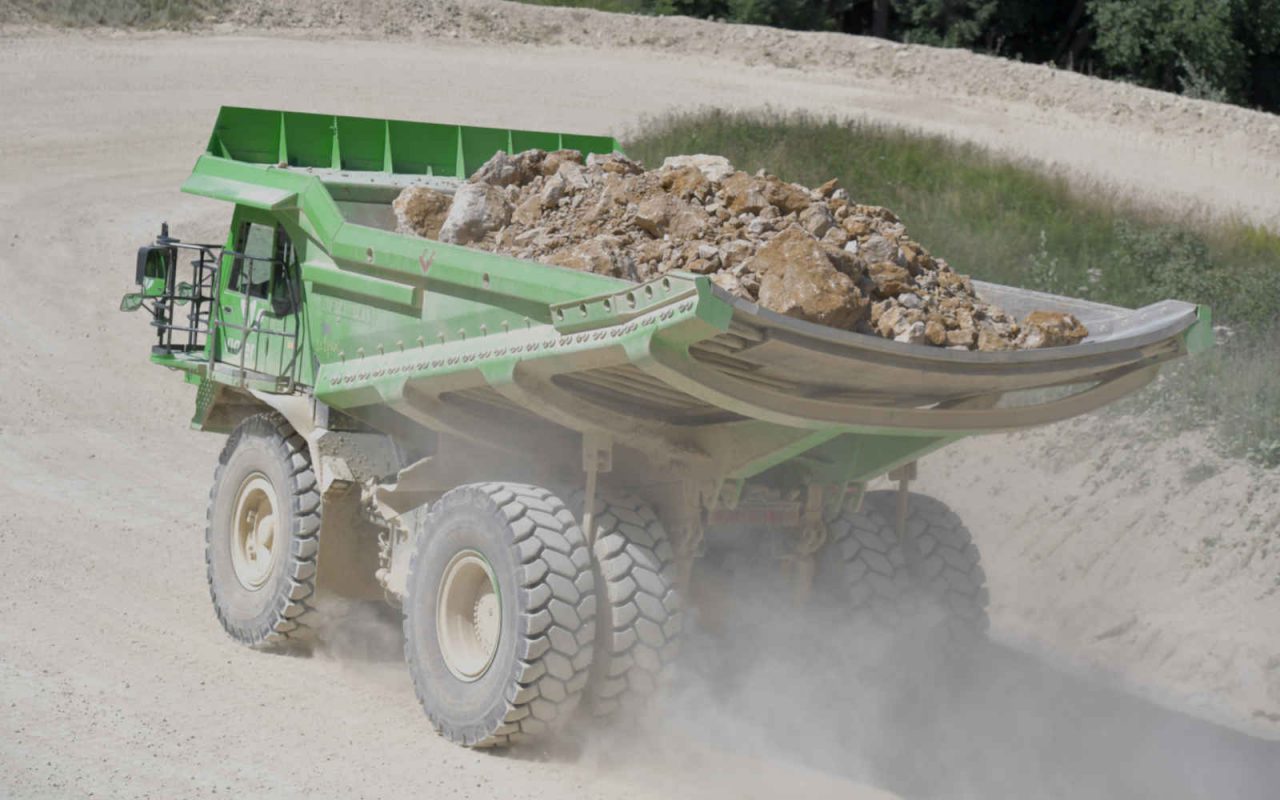 The eDumper No. 1 “Lynx” transports 54 tons of limestone and marl rock per trip from the higher mining area to the crushing plant of the company “Lynx”. Ciments Vigier S.A. 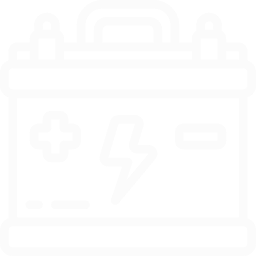 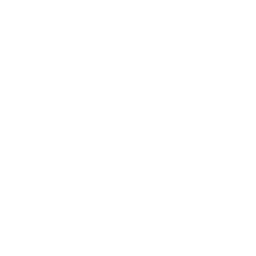 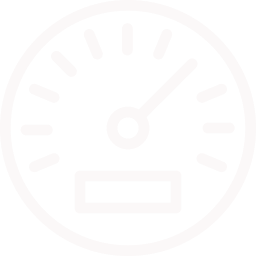 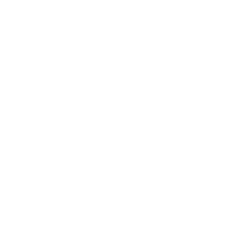 From a yellow, noisy and smoking monster, a Komatsu 605 HD, an environmentally friendly green eDumper No 1 was created. After a one-year conversion, it is operated purely electrically, with power supply from the internal accumulator, as energy can be repeatedly stored and retrieved.

The technical challenge: to operate a 120-tonne vehicle for days with much less energy consumption than before. Is that possible? The answer is Yes, but. Physics provides the explanation of how this goal can be achieved.

Thanks to the know-how of lithium storage engineers, the theoretical calculations can be implemented. Thanks to high-performance lithium-based accumulators, which can be loaded and unloaded several thousand times, sufficient energy can be stored in the specified design to enable the vehicle to provide a transport capacity comparable to that of the diesel version for one day. Weight plays an important role in this. Fuels such as diesel or petrol have up to ten times more energy content per kilogram than electric storage batteries. On the other hand, an electric vehicle consumes less than half the primary energy.

Actually, it was originally a regulars’ table idea. We take advantage of what a diesel vehicle cannot do with the electric drive: recuperation. We’ll get the braking energy back when we go down into the valley. Mining at the top of the mountain, emptying into the crusher at the bottom of the valley. We then go down with 120 tons and up with 55 tons. That should give a pretty good energy balance. In addition, an electric drive converts the stored energy into mechanical output much more efficiently than a combustion engine.

Now it’s time for the calculations. The terrain data of the routes in the mining area must be collected. With GPS and a triangulation system designed for such purposes, the distances and gradients are recorded and analysed.

The consumption of the vehicle must also be simulated by means of different route profiles and track conditions: Unpaved slopes, winter operation with snow chains, large hydraulic consumers that work constantly are just some of the points that must first be qualified (and then quantified using simulations). In addition, we do not have any torque data from the diesel version control units.

It soon becomes clear that with the right strategy it will be possible to actually operate such a vehicle for a whole day using electrical energy stored in batteries. It turns out that the battery will not be small. It will even represent a new record-breaking dimension. But later on. It is now important to answer whether the available space in the existing chassis is sufficient to accommodate the required energy content.

Different battery chemistries are evaluated. A selection of suitable lithium cells is tested on the test bench at the university partners. In the end, the choice falls on a very efficient, powerful and energy-tight NMC cell, which is available in sufficient quantity. Sufficient because 710 kilowatt hours have to be installed according to the calculation. In comparison: 7 Tesla batteries must fit into a single vehicle. Never before has so much battery capacity been installed in a land vehicle.

The drive motor and the 2-stage transmission are designed. A pile of hydraulics and cables is also to be accommodated. The available space is becoming more and more precious and rarer. The result and thus the solution that is being implemented: four individual batteries. The main advantage is redundancy. The vehicle remains fully operational even with three connected batteries. Even with two active batteries you can still move it into the workshop. Another advantage is the better utilization of the building space. Thus, a battery can be mounted sideways between the axles, where the diesel tank used to be.

Sophisticated mounts and various new suspensions must face constant and strong vibrations. The battery cases must effectively keep dust and moisture away from the cells and contacts, with one and a half cubic metres of battery boxes.

In the university laboratory, the waste heat of the cells is measured with simulated driving profiles and serves as the basis for the cooling concept. Various details of the prototype have to be adapted and changed over and over again. The vehicle is expected to prove itself to the customer for years to come.

After the drive inverter, a power package with more than 1 MW peak power, fits into the chassis and the infinitely many meters of high-voltage lines are laid, the four batteries can be used. These have already been preloaded in the test bench and have been tested over some charging and unloading cycles. As expected, the first interconnection of the 4 energy sources, ready for the first commissioning, is also free of breakdowns. An exciting moment when the battery protectors are closed for the first time and the inverters power the drive motor.

A few days later, the colossus is allowed to stand for the first time on its enormous deep black wheels with a green wheel hub, each higher than a full-grown human being.

We are permanently in the focus of the professional world, which now follows each of our steps with great interest. Even Komatsu’s team of development engineers is visiting the eDumper for several days to confirm on-site that the electrification of their vehicles with the latest components available on the market will now be possible.

The colossus, which has been painted green in the meantime, is supposed to move on its own for the first time. The last corrections in the power development triggered by the accelerator pedal are quickly taken back somewhat. The eDumper drives like a good-natured limousine. Only the hydraulic pumps that pump the oil in the circuit can really be heard. From the drive you can only hear a quiet high-frequency whistle. No simmering diesel, no black cloud at the gas blast, will this be the future? You can see that this is still in need of getting used to in a world dominated by big and noisy machines and diesel smell on the skin.

Now the transport is imminent, of course a heavy transport through half of Switzerland, from Thurgau in the east to western Switzerland, into the Bernese Jura. No easy task with this overwidth. Transport takes place at night in order not to affect normal traffic.

In the Jura, the trough is already waiting. It is a custom-made product. Conventional troughs are heated with the exhaust gases of the internal combustion engine to avoid bonding the transported material. We are too energy efficient. We don’t have sixty percent waste heat left. For this reason, a novel trough system was clarified in parallel with the dumper development.

Now, for the first time, the vehicle is completely there, “our” technology carrier of the future.

Once in the mining area, final work is carried out. At the same time, the loading and unloading infrastructure has already been built next to the crusher system. This system is by no means a standard charger. It must be able to charge or discharge the dumper batteries. Depending on which routes are driven, the energy balance is negative or positive. The charger must therefore also be able to feed excess energy from the batteries back into the plant’s operating grid so that the dumper can store braking energy again the next time it is used.

This means that the green eDumper is now fully integrated into the Dumper family in the quarry. In fact, it stands out only because of its colour and from time to time by an overtaking manoeuvre. Not only does it work much more energy-efficiently, but it also has unusually high acceleration values thanks to its electric drive. The entire infrastructure has already been dimensioned and installed for a second colleague, which is identical in virtually all respects.

About Kuhn Schweiz AG: KUHN Schweiz AG forms part of the KUHN Group, which has a leading role in ten European countries with more than 1300 employees in the fields of construction machinery, loading technology and machine tool construction. The main field of activity of KUHN Schweiz AG is the trade in construction machinery with its core competencies in customer-oriented consulting and tailor-made support for various customer segments. KUHN Switzerland processes the various submarkets (earth movement, material handling, material preparation) with a team of specialists specialising in the various customer profiles. Thanks to its focus on technological progress, KUHN Schweiz AG and the products it represents succeed in shaping future technical developments, whether with intelligent machine control (iMC), which enables semi-autonomous operation of construction machines, with satellite-monitored machinery (Komtrax), or with hydraulic excavators using a hybrid drive consisting of a combination of electric and diesel engines: KUHN Schweiz AG and its partners are always at the forefront. The collaboration with Lithium Storage fits in with this effort to shape technological change. Together, an innovative, revolutionary project to convert from diesel to pure electric drive will be tackled, setting new standards for ecological and economic machine operation.